Learn the essential skills and tools to become a Python Developer. This beginner-friendly course teaches you Python for software development with Django and Django REST in addition to other developer tools such as Git and SQL. After completing this certificate, students will be able to apply for the following roles: Python Developer, Back End Developer, Software Engineer, and many more.

This course will start with the basics of Python. In the first week, you’ll learn about the lexical syntax of Python and quickly move onto more advanced topics such as dictionaries, custom functions, and sorting algorithms. In week two, students learn Object-Oriented Programming, how to work with APIs, and an introduction to web databases using SQL.

After completing the first two weeks of general Python and programming principles, you’ll be introduced to Django, a Python web framework used for back end web programming. You’ll learn URL dispatchers, querying models, and automating tasks with Django. After understanding the fundamentals of Django, the class will move to Django REST, a Django framework, which covers how to work with images, authentication, and using API endpoints.

Throughout the program, you’ll work on several projects with guidance from the lead instructor. 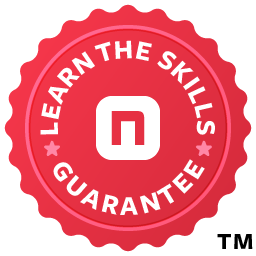 Learn the concepts and skills covered in this program or your tuition is on us. See details and terms & conditions.

We want you to succeed in your career goals. In addition to 90 hours of hands-on, interactive training, you'll also receive four 1-on-1 mentoring session where you can:

Learn more about our mentoring and see terms and conditions

Introduction to Developer Tools and SQL

Advanced Django for Web and Automation

Preparing to enter the job market

These dates don’t work for you?

If you prefer to pay your tuition over time, we have payment options to meet your needs. Finance your education through an installment plan or a 0% interest student loan. We also assist with documentation should your employer offer tuition reimbursement.

Choose your payment plan at checkout

Enroll in this course

Select up to two courses and tap Compare Courses to view a side-by-side comparison of Python Developer Certificate with your selected courses.