Get started with web scraping in this Python web scraping tutorial. Learn the fundamentals of HTML that you'll need to understand a site structure and effectively scrape data from the site. 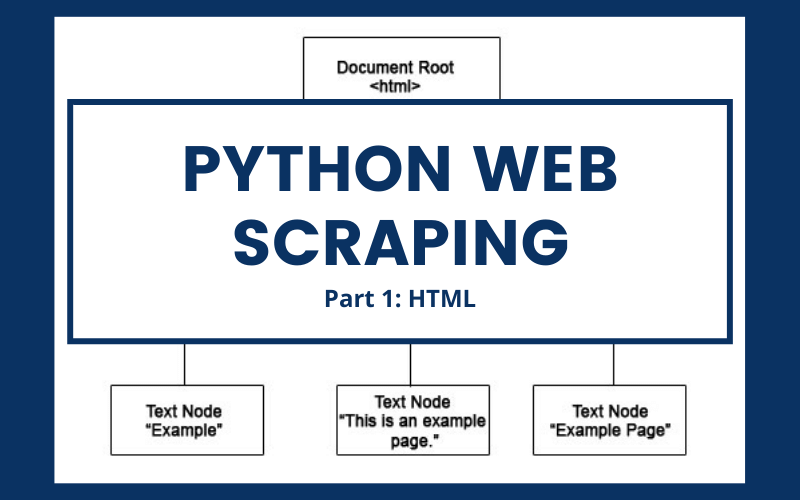 One of the largest and most ubiquitous sources of data is all around us. It is the web. If there’s anything I want you to remember after reading this tutorial, it is this: “If you can see it on a website, it can be scraped, mined, and put into a dataframe.” However, before we begin talking about web scraping, it is important to cover how webpages are constructed as unstructured data in HyperText Markup Language (HTML). In this article, we will familiarize ourselves in reading and navigating HTML. Afterwards, we will use Beautiful Soup and Requests to scrape a website called Datatau. In part II of the Web Scraping series, we will cover a technique called XPath and look at a web scraping workflow using a framework called Scrapy.

In HTML document object model (DOM), everything is considered a node: 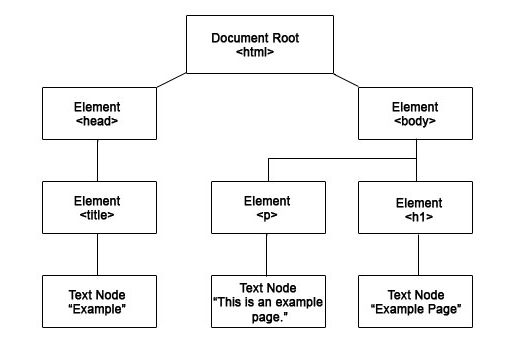 If you visualize the node above, it looks like this. The document node is the root and there will be multiple elements that each contain smaller elements like title, paragraph, and h1. Each of these smaller elements will contain text nodes that people usually mine. Let’s transform the nodes into actual code so we can familiarize ourselves with HTML.

Elements have opening and closing tags which are defined by namespaced and encapsulated strings. The namespaced tags must be the same. Here are some examples!

It is common for websites to have several tags of the same element on a single page. Frontend developers assign ID values to namespaces to differentiate them and make unique reference points. Here is an example of assigning ID values and I’ve color coded them to make it easier for you to distinguish the different parts of the tag:

Depending on how you reference each tag, they can be a parent or a child. Notice how the gray comments that note how tags can also be a parent start with a hashtag. Comments start with hashtags and it is common to read code or HTML docs with comments in them. Commenting your code makes it easier for other developers to follow and read your code.

This is the last tidbit of vocabulary you’ll have to know when you’re dealing with HTML and web scraping. Attributes describe the properties and characteristics of elements. They affect how the page behaves or looks when it is rendered by the browser. The most common element is an anchor element and anchor elements often have a “href” element that tells the browser where to go when a user clicks it. To put it in English, it’s a link. Here’s an example anchor element:

Now that we’re all on the same page (get it?) Let’s get scraping!

First thing you have to do is install the required packages. Go to your terminal or command prompt and type:

Once you have successfully installed it, go to your IDE (I’ll be using Jupyter Notebook) to import the libraries and set a target website. Let’s use www.datatau.net and see if we can scrape article titles.

It’s important to check response.status_code. Some websites will block your requests. Make sure you get a “200”.

Looks good! We just scraped the title, link, and origin URL. Let’s put all of this in a Pandas dataframe next.

Once we have a list of dictionaries, we can simply import Pandas and use the DataFrame method to convert it into a dataframe.

Great job if you were able to follow along and scrape the website! I think the scraping code went from 0-60 real quick so don’t beat yourself up if you get stuck. There’s a lot of great resources out there and our Python course can definitely get you up to speed. Stick around for Part II of the web scraping series where we’ll learn about Xpath.