We did a black and white effect to make a mid-century look but what about awesome footage effects from the '90s?

In this tutorial, we've already set up the black bars on either side of the footage to create an appropriate VHS aspect ratio for the footage. We'll be starting from creating an Adjustment Layer with Wave Warp and Noise to give that grainy, distorted visual affect old cassette tapes have. After that, we'll put a Color Balance effect on the three footage layers and adjust those numbers to give a bit of a warped color effect. Finally, we'll place a VHS overlay on the footage to give those final VHS details. Let's get started!

1. In the Effects panel, type in Wave Warp. 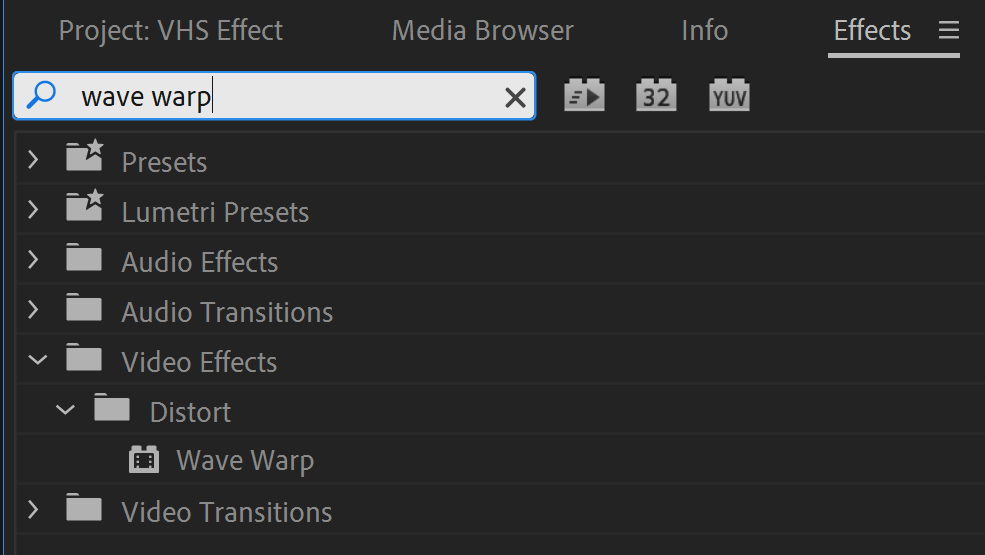 2. Drag and drop the Wave Warp effect onto the Adjustment Layer already placed into the project for your convenience.

3. Now type in Noise in the Effects panel.

4. Drag and drop the Noise effect onto the same Adjustment Layer.

5. In the Effect Controls panel that appears in the top left, find the Wave Warp effect you applied earlier.

6. Change the Wave Type to Square.

10. Now let's go down to the Noise effect in the Effect Controls panel.

12. Hit Spacebar. This will show you the first Effects you've applied, giving the footage that old, grainy effect you'd get on camcorders from the '90s. It's a strong start!

1. Ok, we'll be working with the three footage layers on the bottom. Shift-Click to select all three Winter layers.

2. In the Effects panel, type in Color Balance.

3. Drag and drop the effect onto a Winter layer. Since they're all selected, it will drop onto all three.

4. Now deselect the layers by clicking anywhere else in the program.

6. In the Effect Controls panel, scroll down to the new Color Balance effect.

9. Navigate to the Opacity settings in the same panel.

10. Change the Blend Mode to Screen.

12. Go into the Color Balance effect there and change the Red to 0.

14. Change the Blend Mode of the layer to Screen.

16. Change it to 105, to slightly displace the footage relative to the other two identical ones.

18. In this one's Color Balance effect, change the Red to 0.

19. Change the Green to 0. This will make what's known as chromatic aberration, a visual effect that distorts the RGB channels of footage. It tended to be rather prominent in old VHS tapes, so we've just recreated the effect. Here's what we have so far: 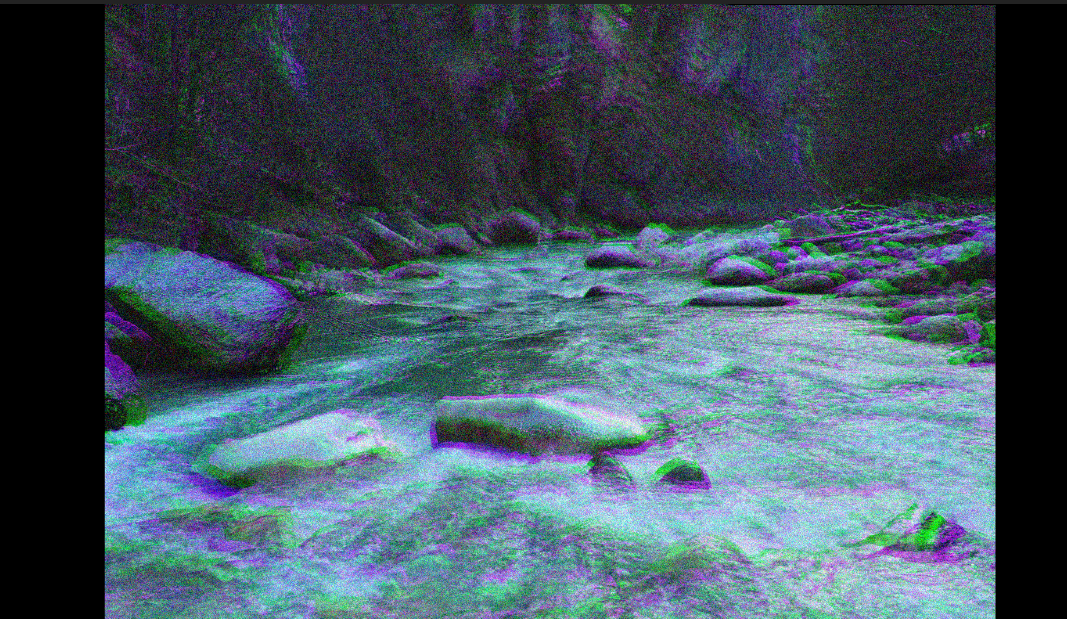 1. This is a very easy step. Select the Blank VHS Tape layer.

2. Toggle the visibility on.

You're done! You've successfully time-traveled back to the '90s with this awesome visual footage effect. Nobody will know you've shot this footage today with just a few Adjustment LayerEffects and Color Balance settings.

Dress up like it's the '90s with torn jeans and denim jackets, shoot some film, give it the VHS effect treatment, and you've mysteriously acquired some decades-old footage—from a camcorder this morning.

http://www.anfx.co/license/
VHS tape with play overlay used from anfx, modified with a Screen overlay. License viewable in above link.

We have the best motion graphics courses in NYC. Our expert instructors offer years of industry experience and are ready to help you launch your own career in motion graphics. Classes are small, so students receive crucial one-on-one attention and feedback. Check out our course selections below: Premiere Pro is a powerful video editing software, made for creating high-quality footage edits and dazzling effects. We’ll be combining two effects in the program to create a cool RGB transition effect between three clips. It’s a pretty yet simple effect that effortlessly moves from one clip to another. Premiere Pro has a huge library of effects and tools to allow the user to create videos with a vintage feel. In this tutorial, we’ll be combining some layered footage with a single adjustable effect in an easy and quick method.