WordPress is the largest growing website creation tool for modern, responsive, dynamic websites. It’s likely the easiest, most powerful website builder and manager available today. And with the big changes that came with WordPress 5.0 – it’s easier and more powerful than ever!

How is WordPress Different than Traditional Site-Building?

Since the beginning, website creation has been difficult. It required knowing how to write code, often in multiple languages, in order to get a site to look and function the way you wanted. This meant that most web pages were being built by coders rather than designers, and it definitely looked that way! This also meant that it took a team of several people to build a single site because it required a strong command of a number of host languages (HTML, CSS, Java, JavaScript, PHP, MySQL, to name a few).

The development of CMSs (Content Management Systems) solved one of these problems. In a traditional site, even making small changes to the text would require knowing enough code to know how to stay out of trouble. But a CMS would allow for the content to be separate from the structure of the site itself. This made it easy for editors and content specialists to make updates on their own without fear of sabotaging the code and breaking the site. Among the dozens of CMSs that fought for control of this brand-new market, WordPress quickly emerged the unequivocal leader.

Not long after the introduction of CMSs, companies large and small shifted to WordPress sites. The positive impacts were felt immediately: there was a faster-than-ever turnaround for site changes at a fraction of the cost that was once necessary to pay developers to make them.

Beyond providing non-coders with access to website development, WordPress has paved the way for complex, dynamic sites to be built and maintained by almost anyone! 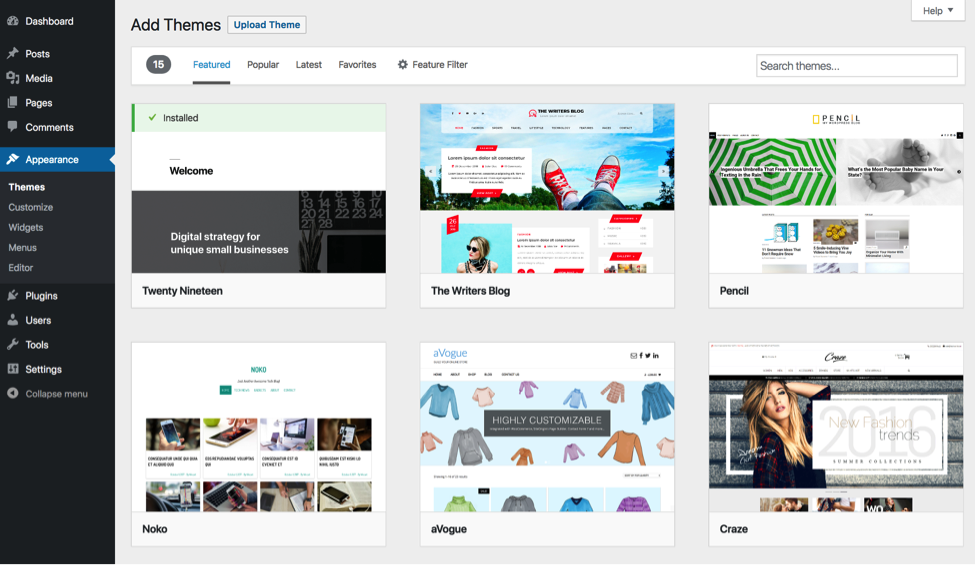 While WordPress made it really easy to add content and update sites, its earliest versions still required considerable coding skills to design the visual aspects of the site. Users needed to create their own themes, and within those themes, templates, to dictate the look and feel of the site. Unfortunately, graphic designers, who are traditionally accustomed to drag-and-drop layouts and formatting panes such as those used in programs like InDesign, Illustrator, and Photoshop, did not have the skills required to code these templates on their own. Alas, building a truly unique website (that is, one that goes beyond the free and/or licensable themes) still required coders. 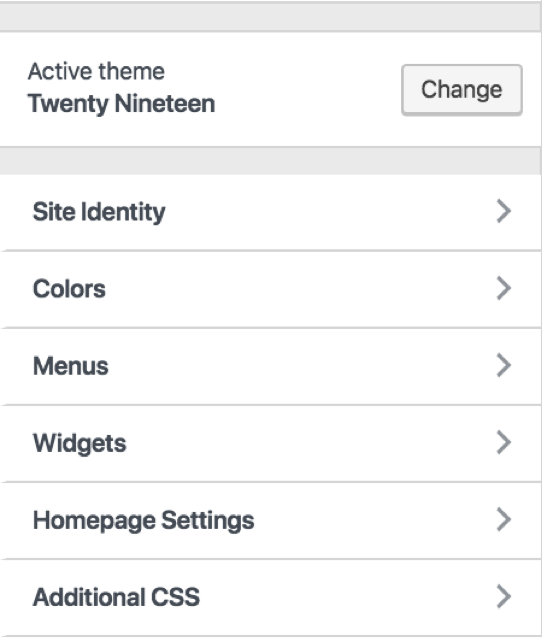 For those that weren't terribly concerned with page design, this wasn't all bad. Anyone could choose a free theme, or license a stock theme, and make a fully functional site! The free themes included a small collection of customizable features, enabling users to add their own logos and changeup a few details, such as colors and text attributes. Licensed themes came with quite a few more options for customization. The function of free and licensable themes was much like that of a handful of other software programs commonly used by industry professionals, such as PowerPoint, for example.

For designers, however, this was still limiting. They were faced with deciding whether to master code so they could have full control over website aesthetics, use precarious programs that converted drag-and-drop layouts to languages suitable for web browsers (which made it nearly impossible to update sites), or, of course, to hire a developer.

Why WordPress 5.0 Was Such a Huge Change?

Since designers were clamoring for more control over the look, feel, and functionality of their sites, plugins (add-ons to WordPress that extend its abilities) popped up offering more freedom. Page Builder plugins enabled users to build and reuse their own templates, allowing for the drag and drop and additional editing features that were much like those that graphic designers had previously been accustomed to. Often, Plugins would come with a number of widgets that would allow users to do anything from adding text to incorporating slideshows, forms, and pop-up boxes, all without knowing any code.

WordPress has successfully remained a top CMS choice because of their commitment to updating based on user needs. Recognizing that layout and formatting presented tremendous limitations, WordPress set out to launch an entirely new platform, which they did successfully for version 5.

WordPress creators themselves say that their new editor, Gutenberg, is “a whole new way to use WordPress”.  As far as creating and formatting content is concerned, it certainly is! So what have they changed?

First of all, the most dramatic change is the use of blocks. Previously, Layout was rather unsophisticated, featuring only simple text fields for title and content. Now, with blocks, there is a great deal of flexibility when it comes to layout design.

Blocks make it easy to insert and rearrange objects on pages using methods similar to the drag-and-drop function to which most designers are accustomed. This means that anyone can create and format content to meet exact specifications in a fraction of the time without being an expert developer. 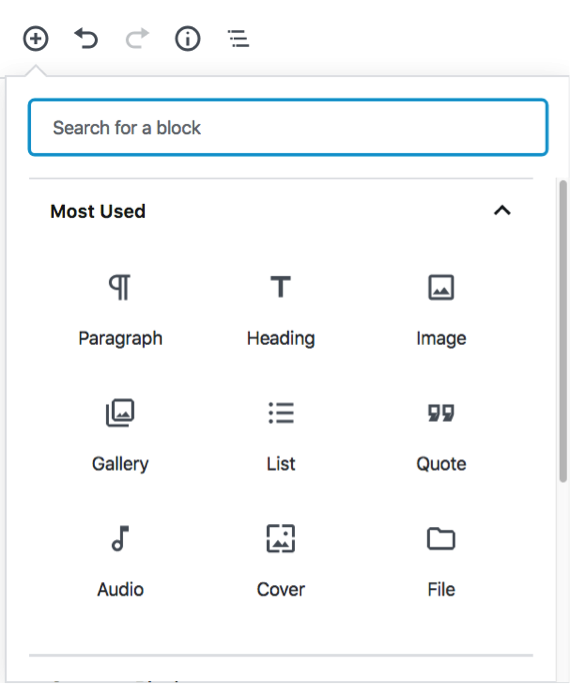 When it comes to functionality, the wide variety of blocks makes it easier than ever to include more than just text. There are, of course, Paragraph and Heading blocks, but there are also a number of other blocks that make creating content a breeze, including Quote, Image, Gallery, Columns, File, and List, to name a few. 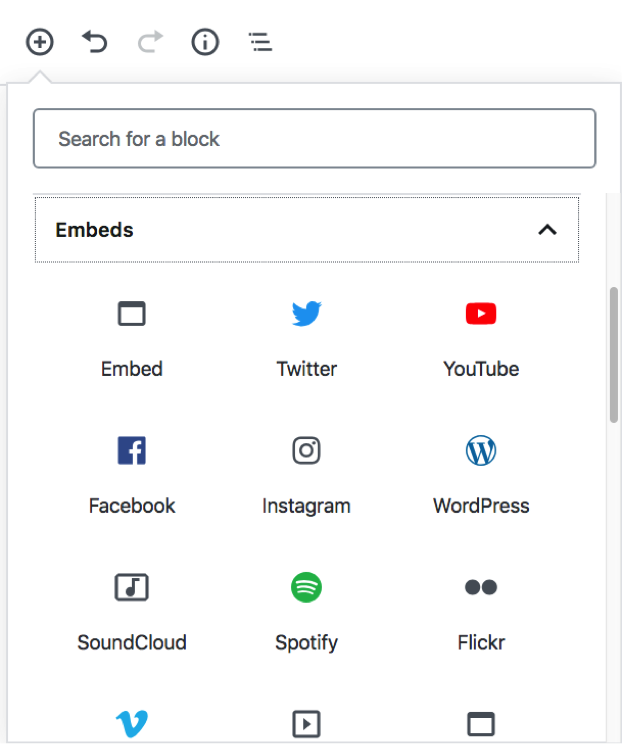 There are also embeds, which make adding things like YouTube video or SoundCloud audio a snap. Knowing WordPress, it’s likely there will be even more blocks and embeds added as they continue to upgrade this new style of creating and editing content. 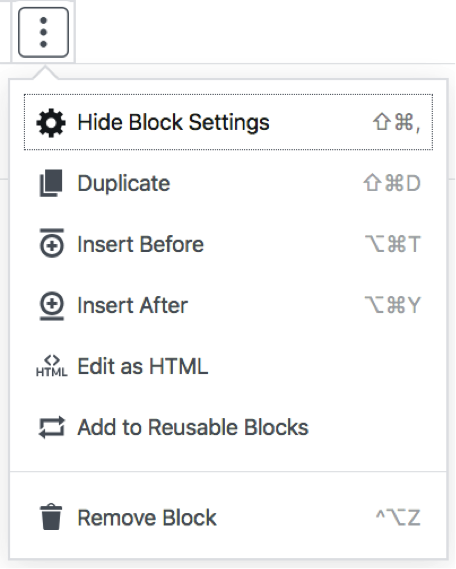 Finally, blocks are reusable, meaning users can simply save sections they like and easily call them back again to apply new content. This makes it easy to create pages that look and behave the same (such as a series of image galleries, for example).

Overall, blocks dramatically reduce the time it takes to build and style layouts, as well as make changes and updates to sites.

That would be great, but it’s not true. While WordPress 5.0 was a substantial upgrade to working in WordPress, it’s still not as sophisticated as builders and designers would like. It’s clear that their efforts have been an attempt to incorporate all that Page Builder Plugins do, but it may take WordPress a few iterations to make their features as robust as those available in the series of plugins that already exist.

Plugins like Elementor, Beaver Builder, SiteOrigin, and others still offer more customization and freedom than WordPress currently does. Some Plugins also include additional features, such as text writing and animation, that can really maximize the "wow factor" of a site.  While you can still use custom CSS to edit any theme in WordPress, this method is notably more complicated than having the ability to make changes the same way that one would in Word and InDesign.

If you have a site that was built in an older version of WordPress, no harm will come to your site, for now. They’ve wrapped your content in “Classic Editor”, which means working in your site will be no different.

You aren't required to use the new features of WordPress, although hopefully after reading this post you're feeling inspired to try! That said, change is inevitable. Eventually, all WordPress users will be forced to upgrade, so it will ultimately be worth the effort to learn how to work in the WordPress 5.0 environment. 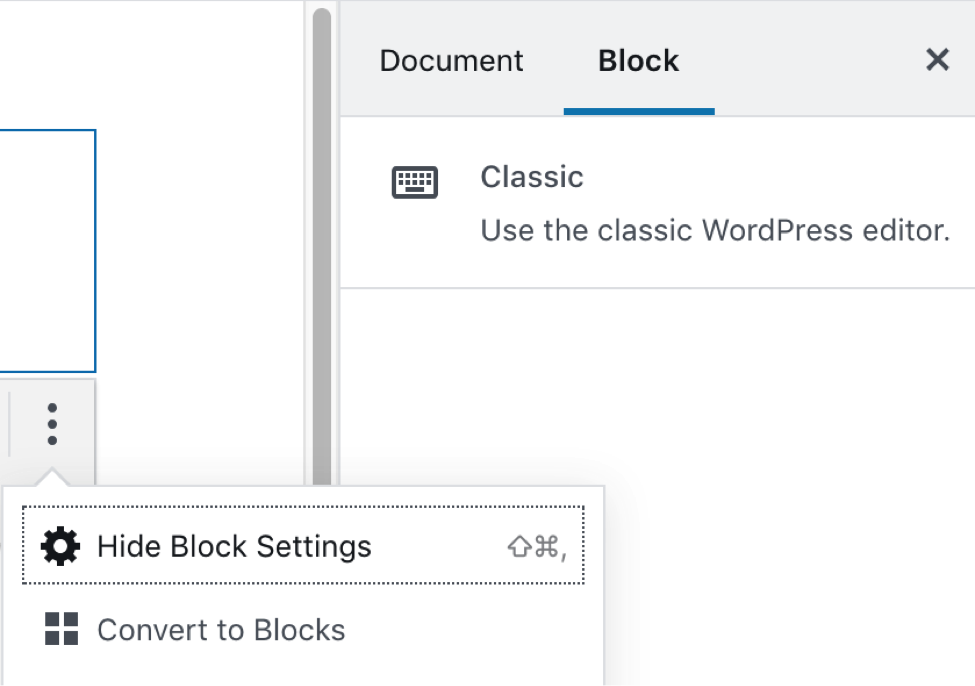 When you’re ready to upgrade, you can always convert your classic editor fields to blocks.

So Do You Not Need to Know Code Anymore?

Let’s just say that there is so much more you can do without knowing any code, but that doesn’t mean that code is going away. You still have to use a theme, and you may want to know enough code to make slight changes that extend beyond the customization features allowed by the theme. Remember, with most free themes, you get what you pay for: a few customization choices at best. Even the licensed themes, while having more options available, won’t have every option imaginable. Even if you're not building a theme from scratch, it will still help you to know some CSS, HTML, and PHP to make changes to your style and layout.

By the way, if you want to create your own themes, don't worry! There's a huge market for well-designed themes, especially those that take advantage of the new offerings in WordPress 5. Beyond building your own theme for your site, you might even be able to turn a profit licensing themes for others.

To summarize, coding is not going anywhere. While 5.0 makes it easier for everyone to use regardless of their coding knowledge, coders still have an indispensable role to play in the world of WordPress and web development.

This is a huge leap forward for WordPress, and how it functions. It gives a tremendous amount of control and freedom for non-coders and designers to create fantastic looking, modern and dynamic websites in a fraction of the time. There may be a bit of a learning curve for previous users of WordPress, but you’ll find that in the end, it was worth it for the increased ease and control. For those that are new to WordPress, you’ll be amazed at how easy it is to create great looking content, and you'll be happy you waited until now to learn.