March Promotion: Take $500 off the Ruby on Rails Summer Bootcamp this March only! Register now at a discounted price of $1995 (regularly $2495). Limited to the first five students to claim.

In a booming tech industry, having the skills to handle both design and functionality is what makes a developer stand out.

In this 60-hour back-end intensive, you'll take your knowledge of web technologies like HTML and CSS even further by quickly creating beautiful apps that actually work. From displaying pop-up messages to storing data in a database, you'll learn to handle the creation of software from start to finish, including how to launch your application live on the web for anyone to use.

The first part of the course teaches you how to leverage the power and speed of Ruby on Rails, and you’ll quickly see why big companies like Shopify, Groupon, Twitter, and Github use it to build their services. You’ll then learn the fundamentals of programming using the Ruby language without Rails to solidify your understanding of how the back-end of software works.

The final sessions of the class will be focused on mastering Model-View-Controller architecture so that you can decide for yourself whether you want to specialize in creating complex backend systems, or designing professional applications that simply work.

Pre-requisite: The class assumes you are comfortable with HTML, CSS, and JavaScript. Prior experience with Ruby or Ruby on Rails is not necessary. We recommend students to enroll in our 2-week Web Development Summer Camp before taking the Ruby on Rails Bootcamp. 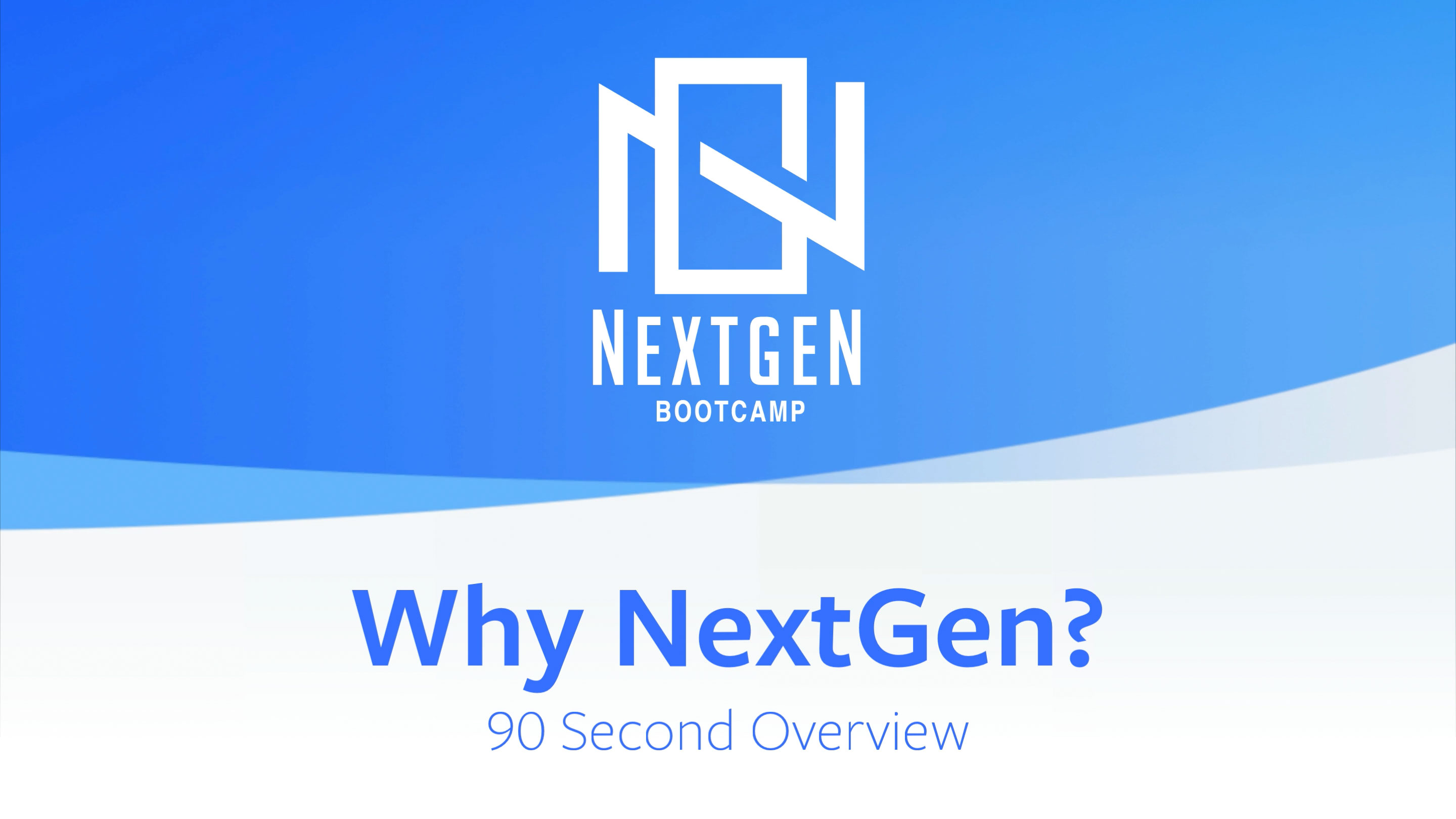 Introduction to Ruby on Rails

Adjusting the Templates Created by Scaffolding

Other Important Relationships in Rails

Learn how to build the back-end of websites!

In this 60-hour course, students will learn to take their websites to the next level with Ruby! Ruby is revered for its object-oriented nature and the large collection of open source Ruby code. Ruby is also remarkably readable, which enables developers to create projects faster with less self-documentation. Learn one of the most popular back-end programming languages today!

“Noble Desktop is far and away the most efficient way of gaining computer graphics skills. They give real-world exercises to work on, teach best practices, and inspire many an ‘aha!’ moment. Highly recommended.”
Joanne Hu

Since 1990 we have perfected the craft of teaching. If students get hung up on an issue, we tweak the class to make it better. We’re the longest running independent training center for code and design in NYC.

More about Ruby on Rails and our Bootcamp

What is Ruby on Rails?

Ruby on Rails is a web application framework that allows you to build modern and reliable applications and websites. It enables you to create everything from a meal-kit delivery service to the backend server for an iOS app.

Ruby on Rails accomplishes this by generating all the boilerplate code that you won't change, while at the same time making it incredibly simple to modify the parts of your application that you intend to customize. This means you'll spend little-to-no time on things like connecting a database or choosing a server, and more time on things that make your app stand out.

Why Should You Learn Ruby on Rails?

Ruby on Rails allows you to build a variety of applications in a fraction of the time. This presents major advantages to companies, who are able to quickly generate working prototypes to develop and refine their ideas (a.k.a minimum viable product).

Another one of Rails's strengths is building database-backed applications. If you're the type who doesn't dream in SQL – or you don't even know what SQL is – Rails is an excellent choice because you can still accomplish effective database-equipped applications thanks to one of its many built-in tools, ActiveRecord. ActiveRecord is like a bilingual translator that knows both Ruby and SQL. It takes your Ruby code and executes database queries on your behalf, so you don't have to spend time learning the syntax of SQL while still having the benefits of persistent data.

Works Well with Other Libraries

Of course, this does not mean that Rails is only great for functionality. Because of the maturity of the framework, a lot of popular front-end libraries such as Angular, React, Vue, and jQuery all integrate well with it. For this reason, Rails stands out from other web application frameworks. It allows you to work on both functionality and design while enabling you to choose where you want to specialize. Of course, you can get just about any web framework to function with front-end libraries, but Rails is unique in that its core functionality allows you to set options (called flags) during setup that will build your application the additional files and folders you need based on the library you specify. This takes the guesswork out of connecting your tools which you can devote to – you guessed it – actually building your app!

On top of the usability advantages, one of the most overlooked benefits of the framework is that it teaches its users how to organize an application sensibly. Even if you don't know Rails very well, you probably know where in your code to find whatever it is you need. A "controller" file will be in the "controllers" folder, and a "model" in the "models" folder. And where would you find "views" (things related to what your app's users will actually see)? These go in the views folder, of course!

In the Rails community, we call this mode of thinking "Convention over Configuration." We use this thinking because conventions for back-end programming tend to suffice when it comes to application design, and they also make it easy for developers to collaborate and help one another. It's a lot easier to get help when the file that contains the routes to your application is definitely called "routes.rb" and not whatever someone was feeling like naming it on a Monday morning.

Consequently, even if you don't end up working with Ruby on Rails in your day-to-day, the lessons you learn from it will likely follow you for the rest of your career.

Any Rails advocate would be remiss if they did not mention that Ruby (the language Rails is built on) is language well-known for being among the easiest to read and write. The creator of Ruby, Yukihiro Matsumoto, designed the language with developer happiness and productivity in mind. Ruby handles things like memory management and checking what data type a specific piece of information is for you. What does that mean? It means you have to write less code! I'll let the language speak for itself.

You might be thinking, "Well, the Java version really isn't so bad!" If that's you, then there's something you should know: that code won't even run properly because I "forgot" to add a semi-colon at the end of the line that prints the statement. If you add the semi-colon, it works. But spare a moment to imagine how it might feel spending your time reading through your own code, or having a demonstration go awry simply because you forgot to add that one thing. Because of differences like these, choosing Ruby over other languages often directly results in time saved in both the build phase and in the future when you have to read completed code.

The Ruby on Rails Course at NextGen Bootcamp

Our Ruby on Rails course is 60 hours of learning back-end programming, front-end development, and source code management, all in engaging lessons that will take your HTML, CSS, and JavaScript skills to the next level.

We'll start with a brief introduction to the command line and introduce the fundamentals of the Ruby programming language itself. Once you're comfortable with Ruby, we'll move on to learning commands that are specific to Rails such as how to create a new project and how to streamline your workflow with scaffold generators. Here, you'll learn how a back-end programming language can dramatically increase your productivity as a developer.

After witnessing the power of programming in web development, we'll revisit some Ruby before diving into Model-View-Controller architecture, where we'll learn how to get information from our application's users, store that information, and control the flow of an application from one screen to another. Finally, we'll cover all the things you'd expect in a modern service such as dynamic web pages, complex HTML forms, and handling files uploaded by your users.

If you're ready to go beyond design and create beautiful and functioning applications with a framework designed to meet deadlines, then this part-time Ruby on Rails course is the one for you!

Additionally, if students are interested in learning Java, Python, and Data Science, check out our Software Engineering Immersive.

You can attend this training live online at the scheduled time the course is offered (New York, Eastern Time) through screen-sharing software Zoom (free for you).